DISCOVER WHO YOU REALLY ARE AND WHY YOU’RE REALLY HERE!

NOW is the TIME

What our members have to say

WOW Jason, I’ve only finished Level 1 and I am already amazed. Lots of things I knew but now I understand them better. And thank you for the meditation. That was beautiful. I can’t wait to complete the rest of the lessons. So much magic to come, I’m really excited. Thanks so much!

Amazing course Jason. From start to finish. It resonates so much. You managed to give me an understanding of why I feel so drawn to, and passionate about the effect of sound, geometry, astrology, the sun and so much more.

This was exactly what I needed in my awakening – ascension process at this time. As it always happens! So glad I found you in the broadcast with Todd Medina. Love/Maja and open up their minds to what the ancients have known for thousands of years.

I am Very Grateful for this Material!!!! I have been excited ever since I heard you on the EnLightenUp podcast. I can’t get over how Professional this course is!!! You definitely went above and beyond my friend.

There aren’t too many people in the world today that would put the amount of work you put in here, and then give it all away as a Gift for humanity. Thank you for all your hard work and your Amazing insights. This course WILL DEFINITELY assist in the awakening of so many people. I am currently on Lesson 4 and I am Blown Away!!!!!

Awesome lessons Jason,
Thank you for sharing these lessons for free. It’s great to see visually the impact of energy around us. Your videos are truly inspiring and informative. Well done and keep up the great work in connecting our collective consciousness and making this world a better place.

I so love this kind of teachings is finally available in one place, structured, and with such deep knowledge. I have to go over all the training several times, which will take some time, but I definitely want to 100% learn and grasp all this once and for all!

Thanks for sharing all this priceless value, and for free. It shall pay of generously one day!

Jason, job well done. I understand that all this information takes time to piece together and put into the context that you did. So, I appreciate you offering it for free. I enjoyed learning in this online course format.

You taught a lot of very spiritual concepts that you were able to demonstrate the scientific side of as well. This method of teaching will reach all levels of believers and open up their minds to what the ancients have known for thousands of years.

It’s so rewarding to see scientific evidence to what I instinctively know is true.
I was most impressed with the idea of a natural resonance that creates natural ease.
I knew of alignment, but never equated it to sound.
Wonderful

Fantastic stuff! I have a feeling I’m going to keep going back over and over the lessons. I don’t want to forget a thing!

Cancer can be cured with sound, wow, I know I’ve heard/ read this before, but I’m letting it really sink in… I’m thinking less complex Illnesses or dis- ease in the body that could be cured too! Thanks for these awesome videos

Very nice, loved it all and discovered new things I wouldn’t connect with before at this depth. I also love the quizzes and the fact you can retake them repetition is good.

So much for my intention of taking one Lesson per week. The material is fascinating and addictive!

This course will assist you with attaining a higher perspective for yourself and for all Humanity. This Master course provides new insight into ancient esoteric knowledge that has long been forgotten.  You will learn practical solutions to time-worn paradigms that limit us from our divine potential.

This course contains 7 lessons each lesson will be about an hour. I broke down each lesson into modules so you can enjoy this information in bite-size segments.

I structured this course to start with the basic principles of our current reality, and as each lesson progresses, we will build on the previous information to move into a highly Advanced understanding of who and what we are, where we are, where we come from and where we’re heading.

Lesson 1 Everything Is Energy

Lesson 4 Engineering Of The Divine Matrix

Lesson 5 Laws of The Universe

Lesson 6 I AM Presences Explained

Lesson 7 Putting It All Together 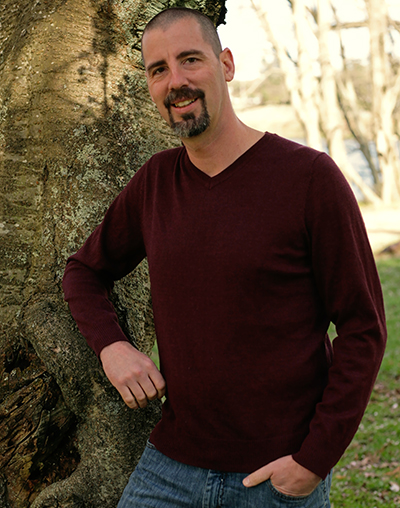 Jason Layton is a Metaphysicist,  Spiritual Life Coach, Author
Currently serves as the President on the Board of Directors of The Masters Octave non-profit

Jason is the creator of  “The Souls Dream”. The course is designed to assist with discovering Who You Really Are and Why You Are Really Here.

He has been working with individuals and groups for over the last 15 years helping and assisting with their spiritual and personal growth.

Jason’s  Story
Jason’s quest for the Age Old Answers – “Who Are We?” and “Where Do We Come From?”, started at a very young age. His curiosity led him to study meditation, dreams, astral travel, and channeling. Some of his greatest influences were  Gregg Braden, Drunvalo Melchizedek, Ken Carey, and Igor Ledochowski.

A major shift happened when he was a teenager when his mother introduced him to “The Masters’ Octave”, a metaphysical channeling group. Afterward, Jason’s meditations began to provide profound guidance and insight. By the time he was 21, he was the main channel-r for the group. Within no time, the group expanded to two nights a week. He continued this influential work for 4 years.

When he was 27, Jason’s first book was published, “I AM Understanding Who & What You Are Vol.1″ This book is a compilation of his first year of channelings (2006). A short time later, Jason’s second publication “The Quick Guide to Oneness” was printed. In 2010, Jason stepped away from channeling in pursuit of a more constant direct connection with his Higher Self. Also in 2010, Jason started taking courses on Neuro-Linguistic Programming (NLP). He realized that to create lasting changes in life the fastest and most reliable way is to access the Subconscious mind. He has spent the last 8 years developing his NLP skills to be able to provide his clients in achieving their greatest potential.  In 2018 Jason became the President of the Board of Directors of The Masters Octave non-profit. The Masters Octave mission is to Provide Artistic, Cultural, and Spiritual Developmental Opportunities to Enrich Our World.

In 2019 Jason released this online course The Soul’s Dream it is the result of his discoveries from his research from the past 25 years. The course is an amazing compilation of information that completely describes the inner workings into our deepest reality. The course is 100% free.

Jason believes everyone should have access to this information so it is his gift to humanity.